Halloween in Japan is becoming a really big deal.  I have a feeling they will soon be as obsessed with the American holiday of Halloween as they are with the American sport of baseball.  It’s another American import that the Japanese have really taken to heart.

As one of my favourite Japanese blogs, Rocket 24, points out Halloween is the culmination of three things that the Japanese love – sweets, seasonal events and dressing up.  I have to agree with this assessment. Anything cute was bound to go down well in Japan and Halloween definitely brings out the cute in kids.

We were lucky enough to be in Tokyo this Sunday for the Hello Halloween Parade in Tokyo.  Held in the posh Harajuku Omotesando neighbourhood, this parade is in its 30th year.  It was a real family event with lots of people attending both as spectators and participators.  More than a thousand children and their parents dress up and parade down a portion of Ometesando (a street people in Tokyo refer to as their Champs-Elysees). Check out the costumes on display at the Halloween Parade. The band lead the parade. Not to miss out, lots of pets were out with their owners strutting their stuff. My dog hates wearing his Halloween outfit and sulks. I’m really impressed that these dogs are perfectly fine being dressed up. Twin princesses. I think that face says ‘help me!” 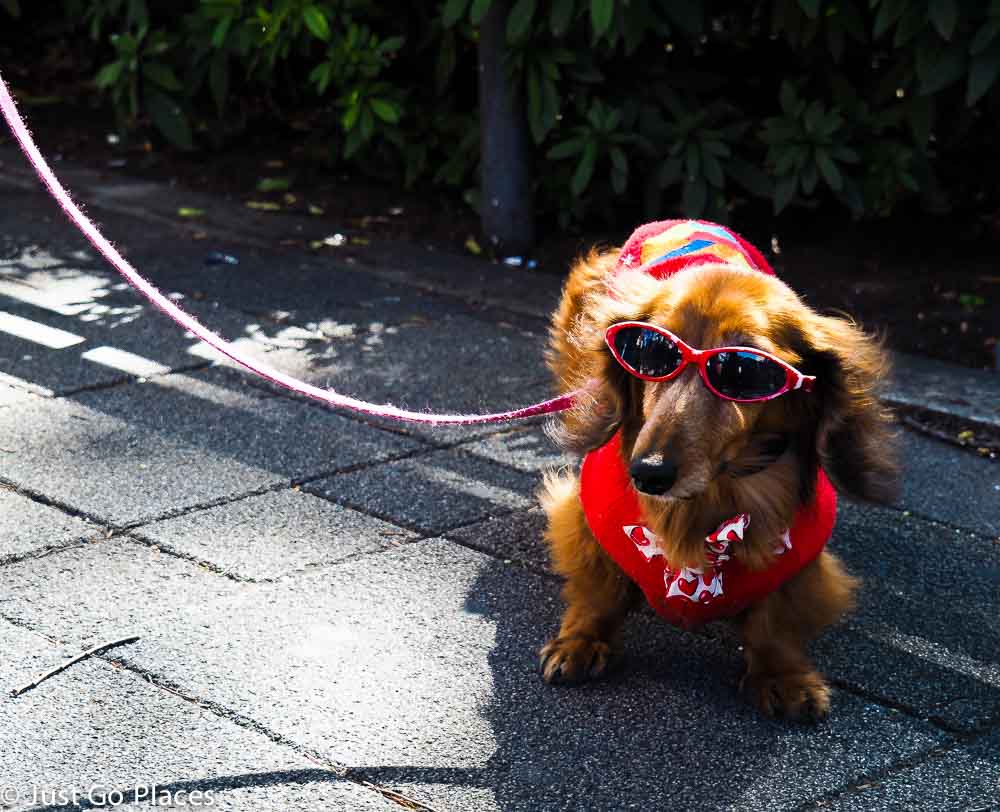 Too cool for this parade.

Many of the local stores in the area join the festivities and give out candy and gifts.  We were given a map but my inability to read Japanese limited our partaking in the bounty. The kids were pretty happy though when they picked up some free Sylvanian animal toys and some crackers.

I love the name of this store – Awesome Store!! Indeed the stuff inside was awesome and we did a bit of shopping of cool Japanese design. The Awesome Store is awesome!

We also won a raffle to a local children’s party.  It was a surreal experience being the only foreigners surrounded by 50+ Japanese children and their parents.  There was Hotel Transylvania dubbed in Japanese playing in the background and lots of over-excited Japanese kids in the room.  My daughter refused to leave though until she’d eaten her fill from the chocolate fountain.  My kids are suckers for chocolate fountains. Fathers being turned into mummies. A game that never gets old.

So some more photos from the Halloween Parade in Tokyo: Mommy and Son Spiderman. Is that Axl Rose in the background?

Too tired to walk. Her faces shows absolute tween despair. I love it.

What are your plans for Halloween?  I didn’t think I’d find anywhere as crazy as the American suburbs for Halloween but clearly I was wrong.  Japan is definitely on its way to full-fledged Halloween mania.