Oftentimes the best discoveries are complete flukes.  Volunteers for the National Trust unearthed a treasure trove of memorabilia devoted to World War I at Scotney Castle in Kent when they were clearing out its attic.  They discovered a metal trunk belonging to Brigadier General Arthur Hussey, commander of the Royal Artillery, fifth division and a son of the man who built the castle. Scotney Castle had belonged to the Hussey family and was opened to the public in 2007 upon the death of the last family member, Elisabeth Hussey.

The box had Arthur’s letters, diaries, photographs and battle plans starting from the time he was ordered to Belgium in October 1914 and right throughout the war.  They form the basis for a really interesting exhibit called Arthur’s War at Scotney Castle. 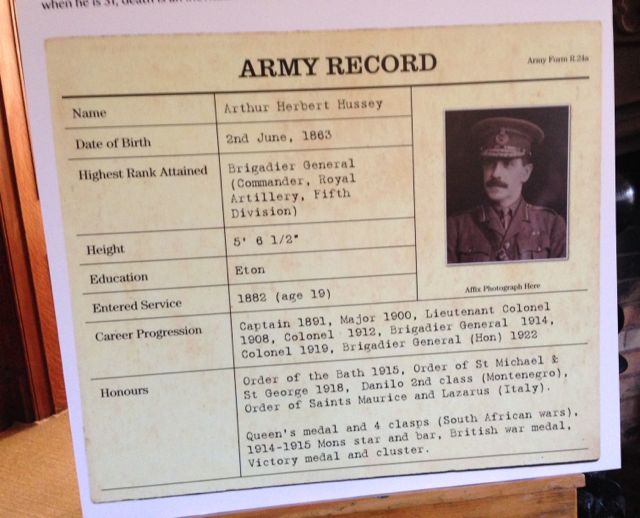 Arthur Hussey was a career officer having joined the army after leaving Eton at the age of 19.  He was a battle-hardened officer after having served in the Second Boer War.  His diaries are matter of fact and descriptive of the times.  Aged 51 at the start of the war, Arthur had seen plenty of battles in his lifetime.  He is not very emotional about the horror of World War I and is pretty matter of fact about everything. 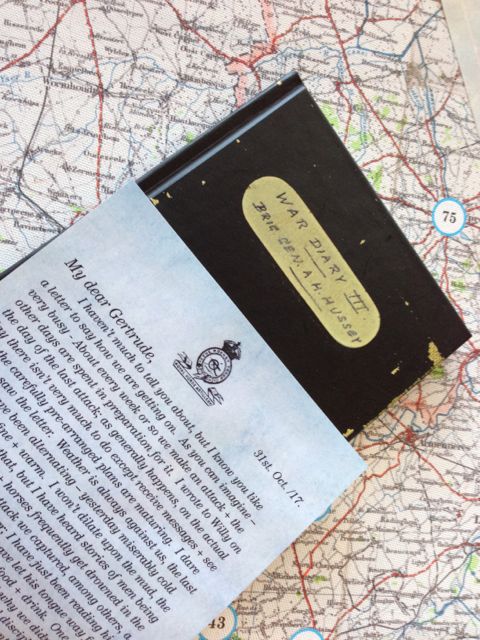 In fact, he displays a very British understatement writing in one instance:

“the number of dead and gruesome sights made one think a bit.”

The original diaries and letters are kept safe in a glass case but there are lots of copies available for visitors to read.  Most of the letters were to his favourite sister, Gertrude, and they are slightly more personal than the diaries. 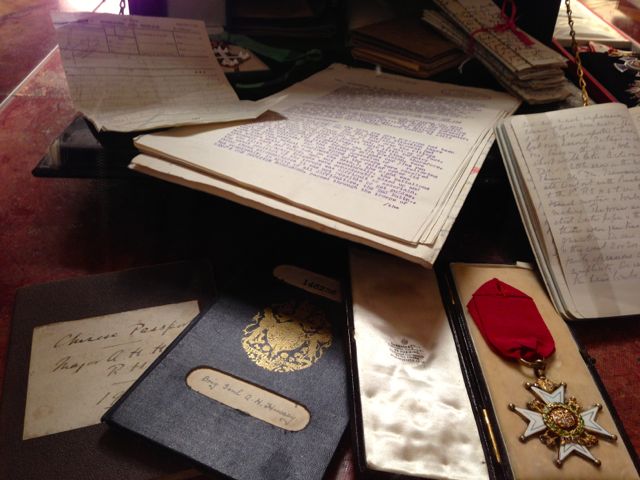 They are all typed up which makes it easier to read than having to struggle through someone else’s handwriting. It took a team of 8 volunteers 12,000 hours to read and transcribe the 11 diaries and 70 letters.  Arthur had written something for pretty much every day of the war. 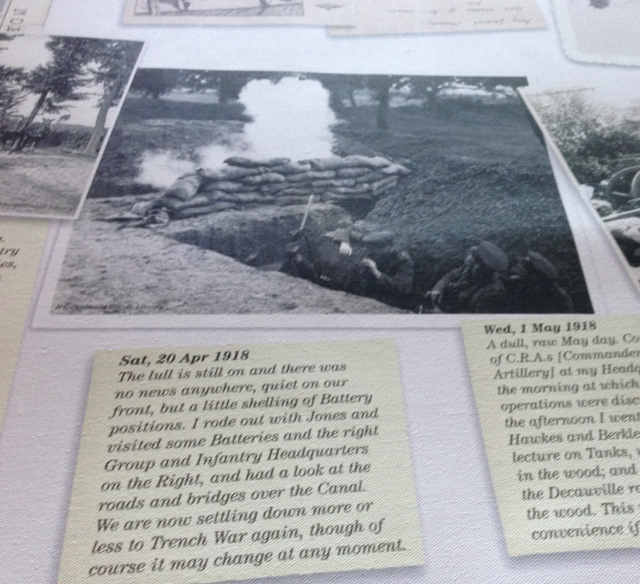 Posters such as this one was also found amongst the World War I memorabilia in the attic.  There are pin holes on the posters showing they were actually used.  Such posters were definitely effective.  In the nearby village of Lamberhurst (pop. 1600), 1200 men enlisted in the war in 1914.  Of the enlisted, 34 men lost their lives.  Details of some of the men who perished are exhibited in one room.  They came from all walks of life and many were so very young, barely in their twenties. 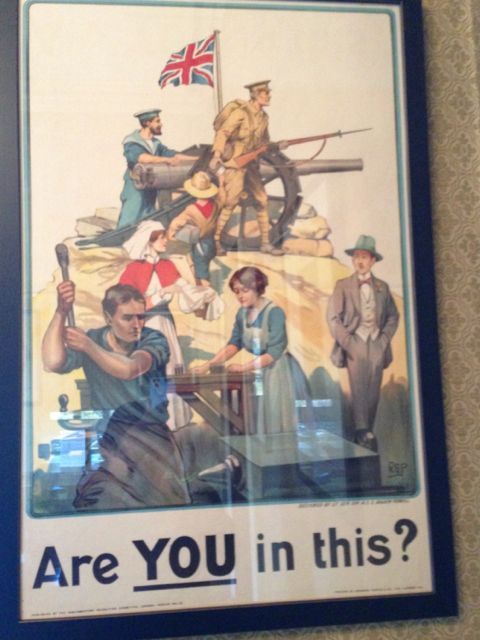 The exhibit has lots of interesting detail on the conditions at the Western Front culled from Arthur’s diaries and letters.  Here is some interesting trivia: In the ruins of the old Scotney Castle, artists have created several art installations commemorating the effects of World War 1 – the men who never returned home and the countless grieving women (mothers, daughters, sisters and lovers) who were left to carry on. Arthur’s Exhibition will run at Scotney Castle until March 2015.  This exhibit is a fascinating look at World War I from an insider’s perspective and well worth a visit.

Scotney Castle, located near Wadhurst in Kent, is operated by the National Trust.  It is open year-round generally from about 10-5.  Dogs on leads are allowed on the estate walks (which are beautiful!).