In Vienna, you have to try Kasekrainer, a Viennese hot dog that is usually sold on street stands.  An Austrian national dish originating from a type of Slovenian sausage, it is a sausage made with a blend of smoked pork and cheese.  You can choose to have mustard that is either sweet or spicy.

The Bitzinger’s hot dog stand on Albertinaplatz is supposed to be the best in Vienna.  So, of course, we had to try it.  All four of us gave it an enthusiastic thumbs up.  The Bitzinger kasekrainer is wrapped in the bread which was crusty on the inside and soft on the inside.  The sausage itself wasn’t too salty and when eaten with the bread was simply delicious.

Being a carb-fiend, I appreciated the bread as much as the sausage.  The kasekrainer bread is like a French baguette.  You cut off the top, create space for the sausage and then drop the sausage into the bread so that it is nicely enveloped. 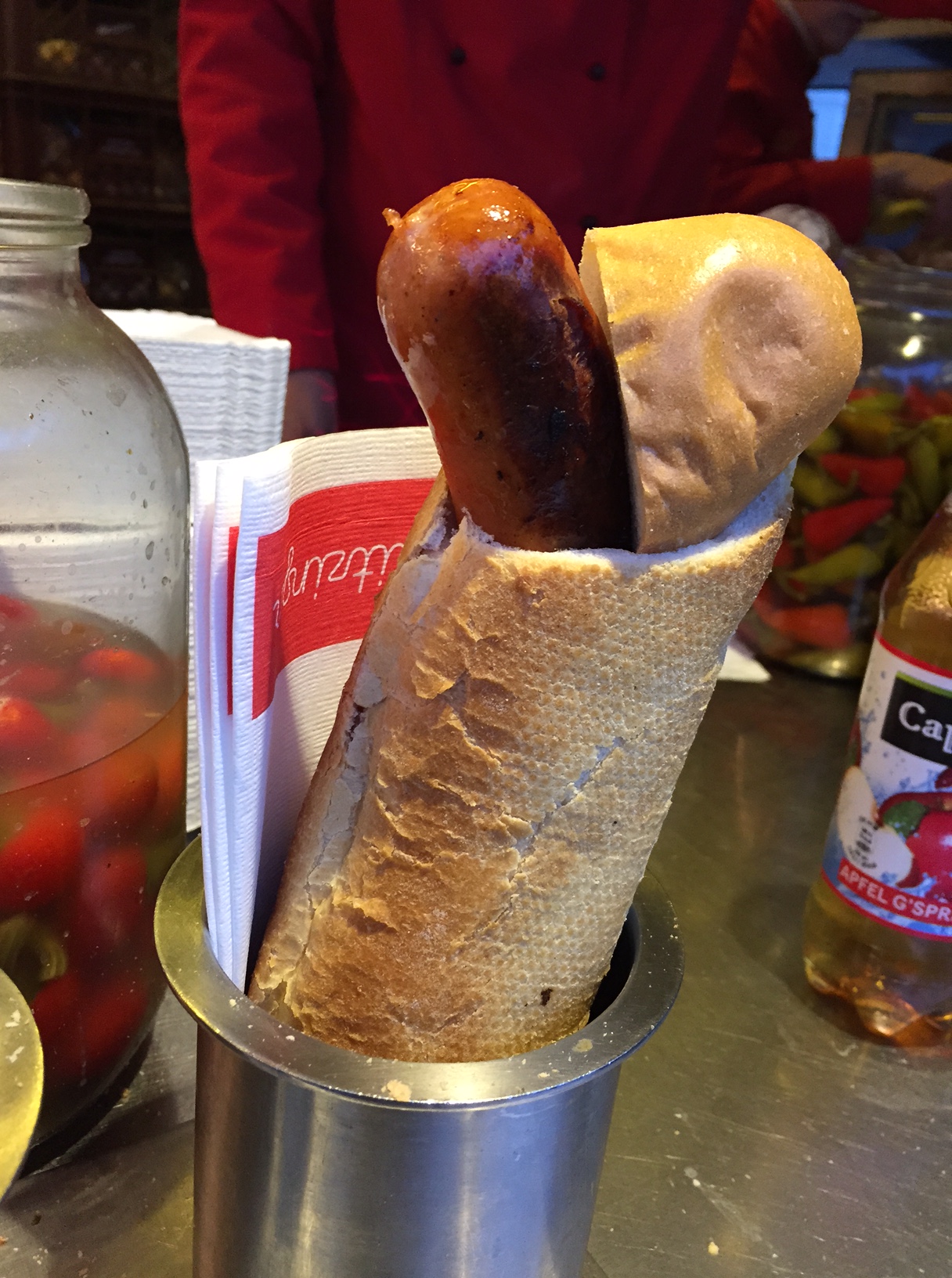 You can also choose to have the kasekrainer delivered to you cut up in a bowl.  Don’t ask me why anyone would want to skip the bun. The traditional (and best in my humble opinion) way to eat the kasekrainer is in its little bun blanket.

For comparison’s sake, we did have have kasekrainer elsewhere and it was not nearly as good.  Usually the bread was not as good. Or, in one instance, the cheese was piped into the sausage and it came oozing out when you took a bite. Nein.