When we went to Vienna at the end of last year, my children were very excited about seeing the famous Lippizaner horses at the renowned Spanish Riding School.  They both love horses and take riding lessons.  The Vienna horse show was going to be the highlight of our trip.

I, unfortunately, completely screwed up the purchase of the tickets by getting cheaper ones.  I got tickets for the Morning Exercise with Classical Music (still not cheap though at 28 Euros each).

Sadly, the morning exercises were not that interesting.

The Two Choices For the Vienna Horse Show

With the Morning Exercises ticket, you line up even if you have tickets and then there is a mad rush to get a seat.  If I were you, I would go to the other side from the entrance door once you are inside the ring to avoid getting into a scrap over a seat.  If you don’t get a seat, you will have to stand for the show.  For 2 hours some very pretty horses trot around the ring.  Literally, that is all they do.  The walk around and sometimes they break into a mild trot. No tricks, no jumps, nada.

The building in which the ring is housed is very pretty.  The horses are very pretty.  The men in uniforms look dashing.  But, overall it is somewhat underwhelming (especially for children) no matter how much you like horses. 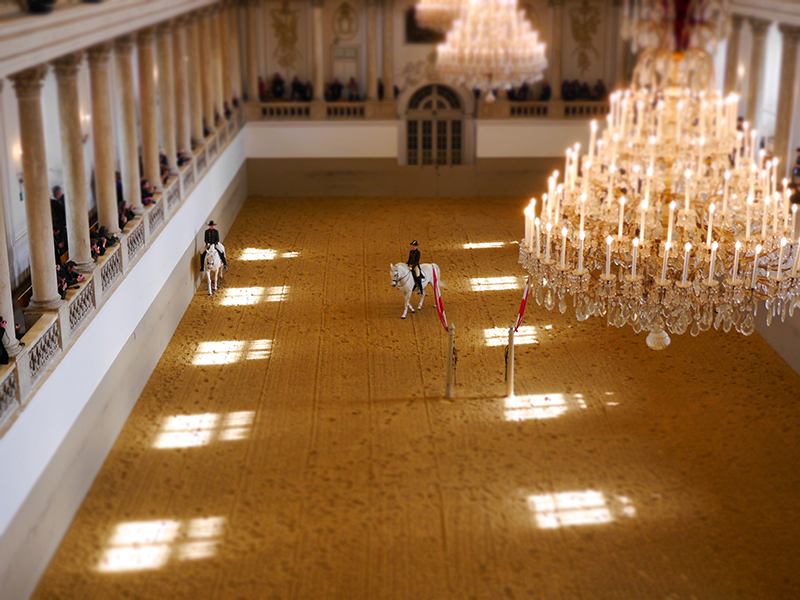 I should’ve checked the reviews on Tripadvisor before I purchased the tickets.

For a show of skilled horsemanship, I should have gotten tickets to the weekend performance which are also not cheap (from 23 Euros to 89 Euros). We are returning to Vienna in June and I am planning on biting the bullet and buying us tickets to an actual show. 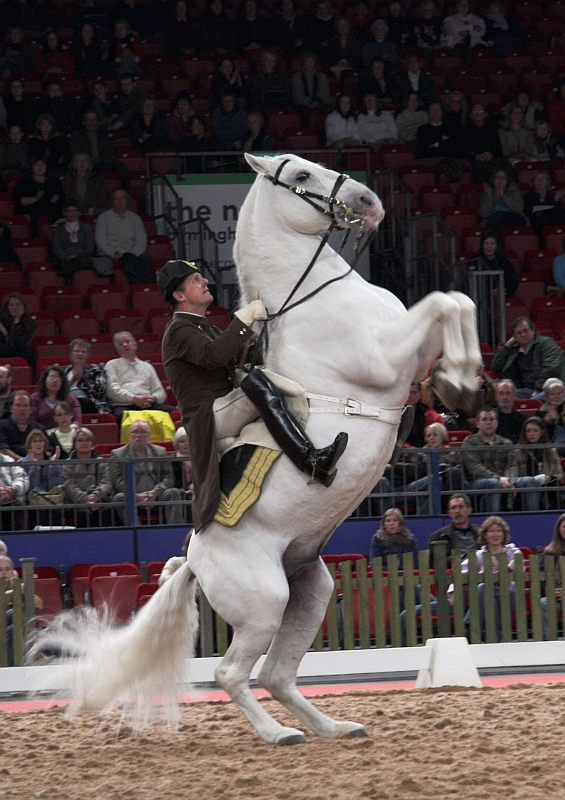 The Spanish Riding School, the oldest riding school in the world, has been going strong for hundreds of years.  In fact, special celebrations are planned for the end of June in 2015 to mark the school’s 450th anniversary.

The Lipizzaner stallions were imported from Spain in the 16th century.  They are a cross between Spanish, Arabian and Berber horses.  As you can see, they are beautiful horses. 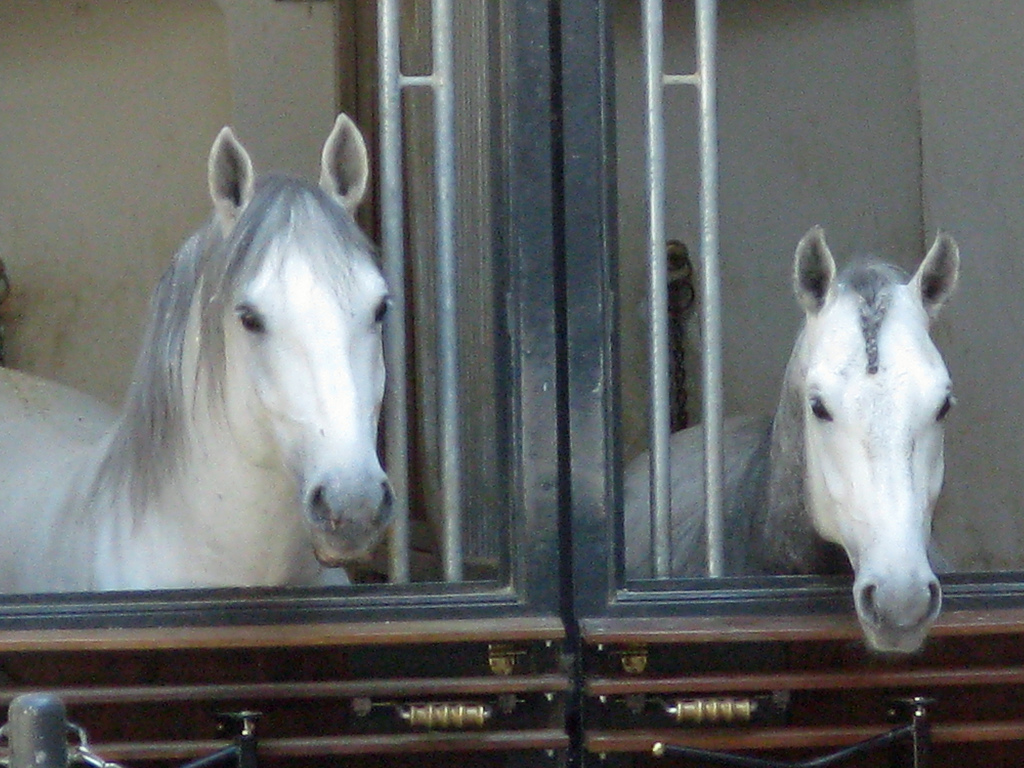 The winter riding school was commissioned by Emperor Charles VI in the early 18th century.  It is one of the thousands of rooms which are part of the Hofburg Palace. I bet these houses have a nicer exercise room than most people’s homes! 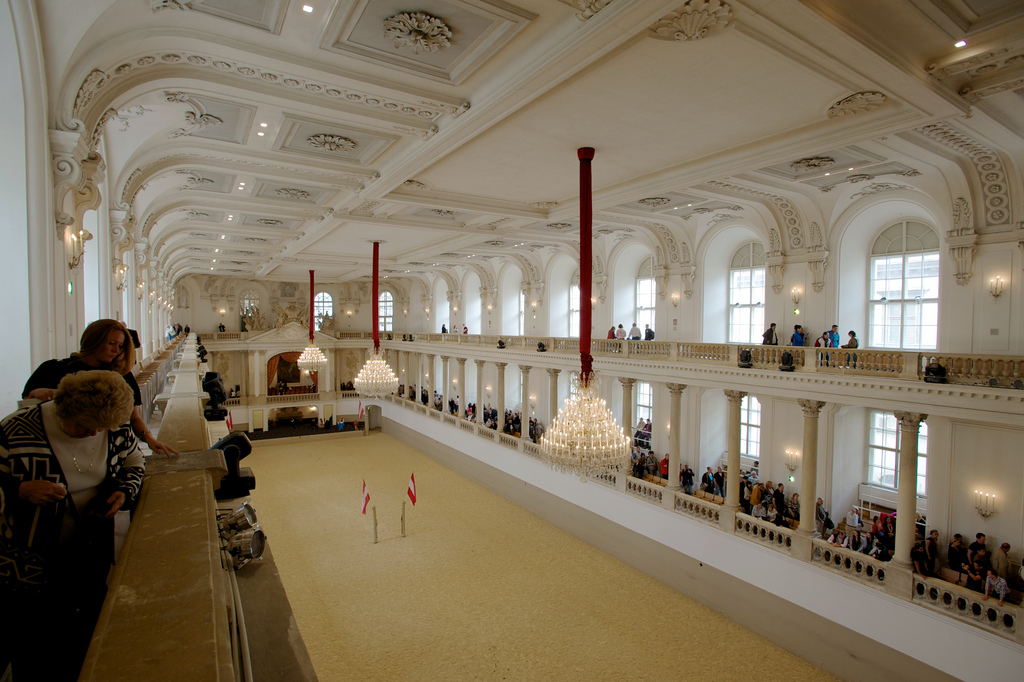 The riders of the Lippizaner horses undergo rigorous training of approximately 8-12 years.  The first few years are spent on getting posture completely correct!  In 2008, the school finally allowed women to be riders (one British and one Austrian). 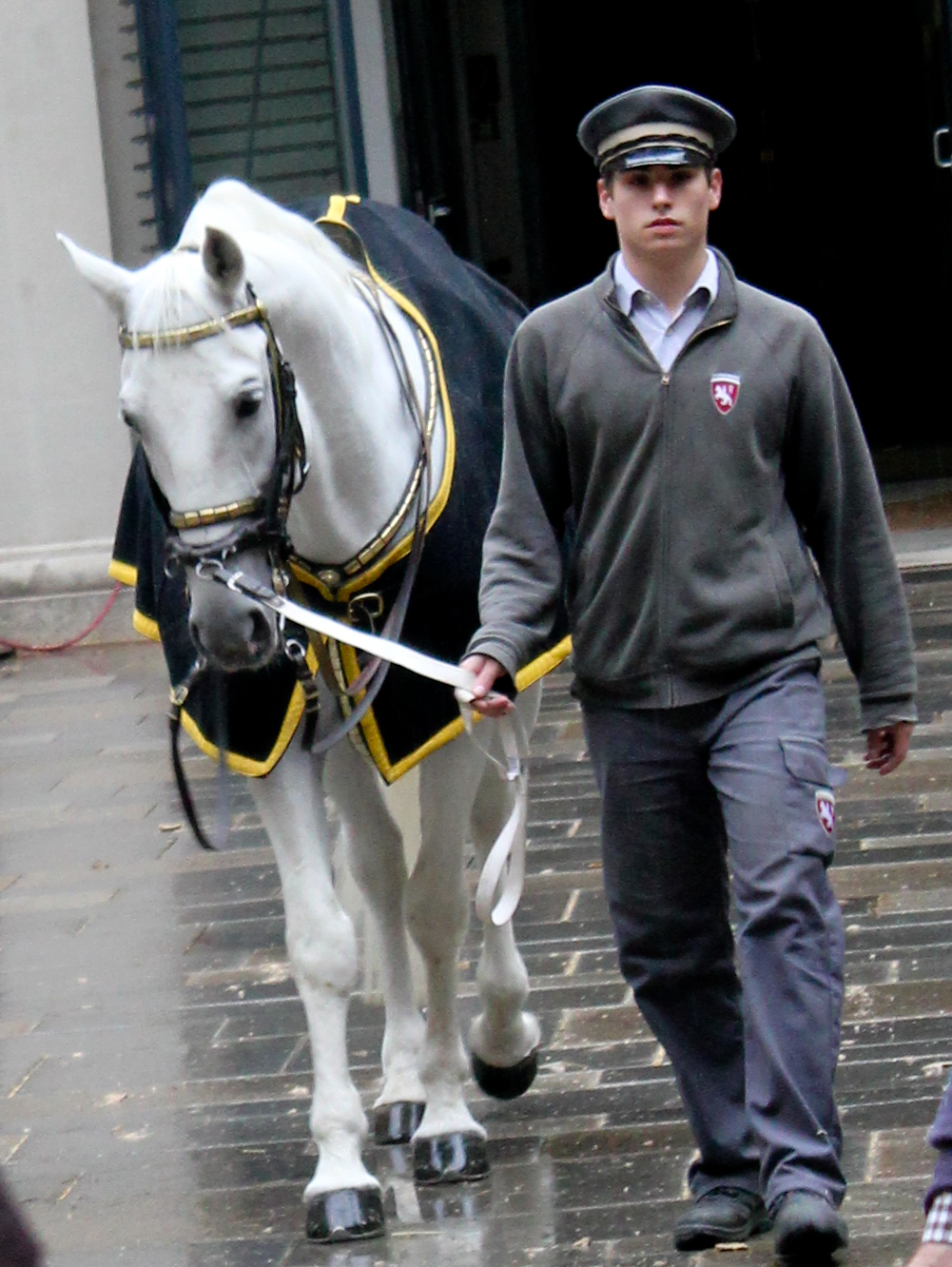