In my family, we really appreciate a good chocolate cake.  We were definitely in our element in Vienna which has a well-deserved reputation for having lots of sweet treats on offer.  Just about everyone has heard of the  famous chocolate cake, Sacher Torte, which was the first of the great Viennese cakes.

The Sacher Torte is a chocolate cake made with dark chocolate and a thin layer of apricot jam.  The top and sides of the cake are covered with chocolate icing. It is usually accompanied by unsweetened whipped cream on the side.  You are supposed to eat the cake with a dollop of cream with each bite.  The dryness of the chocolate cake is tempered by the cream.

Here are seven fun facts about this most recognised of Viennese cakes:

We, of course, tried several variations of the Sacher Torte throughout Vienna.  Which one did we like in our family?  Our family opinion was divided but it’s safe to say that the children didn’t really like Sacher Torte. 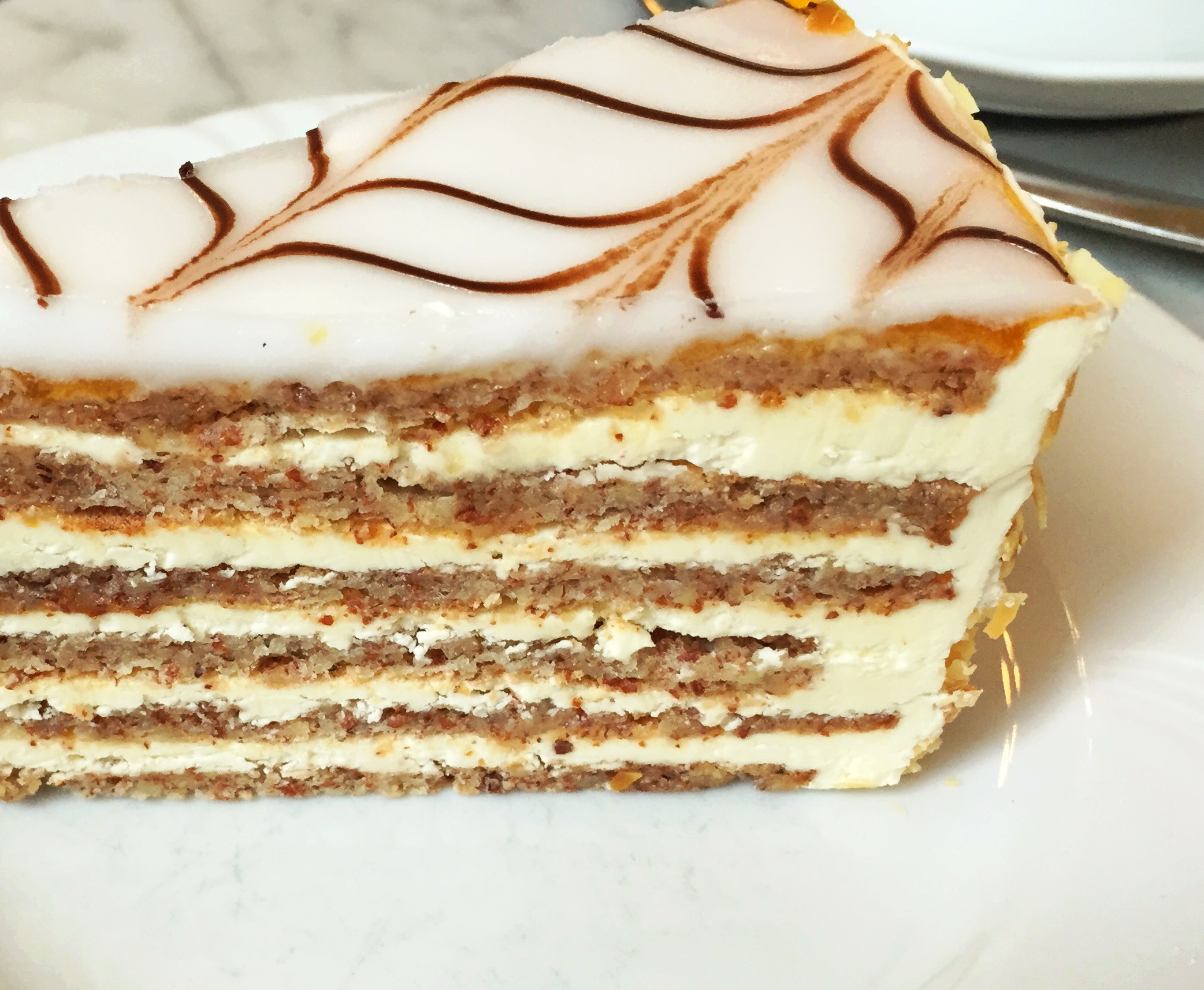 My children decided they preferred another cake created for another Austro-Hungarian aristocrat, Prince Esterhazy.  The Esterhazy torte is made of buttercream sandwiched between layers of spongecake with a white glazing on top.  I personally thought it was sickly sweet.

On the plus side, that just meant more Sacher Torte for me!