Other than the window displays at the big department stores, how else does Paris jazz itself up?  Well, the CIty of Lights is big on lights, naturally.

We went to the Christmas market on the Champs Elysses.  It was fun and very crowded.  Not particularly oozing in charm but it had the essentials — random Christmas treats and mulled wine.   We munched out way through crepes, waffles, sugar-coated pretzels and some marshmallowy/chocolatey French delicacy.

We enjoyed riding on the giant ferris wheel which gave unsurpassed views over Paris.  More by luck than planning, we were on the ferris wheel just at the right time before the sunset.  The golden hour was beautiful and by the time we were done, the lights had come on the Eiffel Tower.

There are ice rinks dotted around the city, including the Champs Elysses Christmas market and in front of the Hotel de Ville.  The carousels are free over Christmas too.

We stumbled across some revelers for Santacon, too.  They seemed remarkably civilised for a Santacon on a Saturday  night in Paris.  In case you don’t know, Santacon is an annual meet-up for people dressed up as Santas to party and to spread Christmas cheer. Occasionally, Santacon descends into a raucous, drunken mess by night’s end.  This year, Santacon covered 320 cities in 44 countries across the world.

The Parisians Santas were infinitely better behaved than the Santacon crowd in New York City (see the video here) or even those Santas here in London. 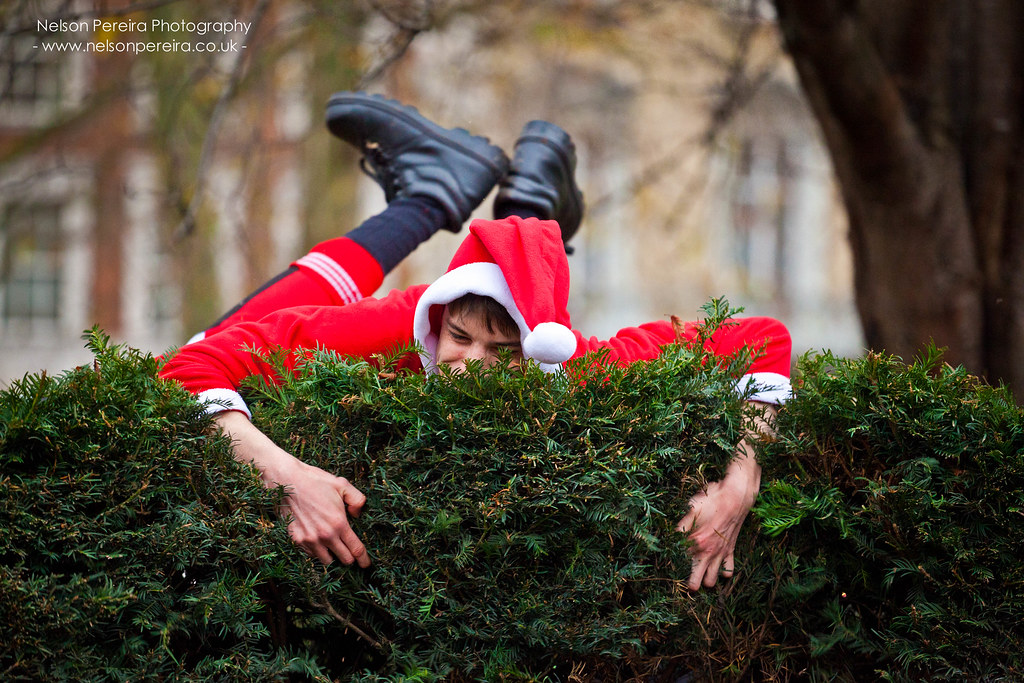 For a more traditional Christmas activity, we visited Notre Dame for their famous Nativity which was beautiful and quite modern.  Visitors were asked to fill out a prayer for peace which I thought was a nice touch.  Apparently over 2 million people visit this Nativity scene every Christmas.

We were at the Cathedral at the same time as a Scouts Mass.  The voices of the choir echoed throughout the church as they had done for hundreds of years past.  As impressed as I was, I can see how it would have been incredible and uplifting for people in the Middle Ages to have been enveloped by such beauty.

We enjoyed our trip to Paris in the festive season very much.  In fact, however, I’ve not told you about the best part of our trip – the Cartier:  Style and History exhibit at the Grand Palais which was just stunning.  Even my son thought it was cool.  More on that exhibit coming soon!!